Frankfurt am Main, as the official full name goes, and distinguishing it from the other, smaller Frankfurt an der Oder near the Polish border, has a population of around 750,000 people. It’s the fifth-largest city of Germany, one of the worlds’ most important financial centres and also home to the head seat of the European Central Bank (ECB). Locals call it “Mainhattan”, comparing it to Manhattan in a way. You can experience that NY vibe on Zeil Street, the premium shopping area in town. All those yuppies and their healthy lifestyles, that waking up at 4 in the morning to jog around parks and the riverbank, lines to café’s where baristas know your name, because you’re a minimalist and there’s no room for a coffee machine in your minimalist household, you catch my drift? All these skyscrapers and banks and money make you feel as if you’re visiting a much larger city. Main Tower is one of those humongous towers; you can take a lift to an observation deck 200m above ground level for a great view of Frankfurt.

Römerberg: the historical market square with the lovely half-timbered houses and the Statue of Lady Justice

Frankfurt am Main is a very modern city with a very old heart. If you’re into medieval vibes and architecture you’ll feel right at home. Römerberg is the historical market square with the characteristic housing with upper floors being significantly larger than the base. It’s how people worked around building permits back then. The regulations only applied to the ground floor, which had to be of a certain size, but said nothing about the upper ones. That’s why so many medieval houses look like mushrooms, or like a reverse pyramid. There’s also the Town Hall and the Cathedral worth checking out. Most of the sites around Römerberg have been levelled many times over by bombings, fires and all sorts of disasters. It’s quite impressive how they kept rebuilding all of it with such attention to detail. The Cathedral is right next to the Old Town area, worth checking out even for its historical value, as it was the place of coronation and election of the Holy Roman Empire. It’s the third church on the same exact spot, as a matter of fact; there are traces of a temple from the 7th century, which is very interesting. Maybe it’s like Stonehenge with its’ lay lines and magnetic fields and whatnot?

Roam the Museum District (Museumsufer) and experience some very unique museums conveniently lined up along the riverside. There are 16 sites to visit including gems such as the Museum of World Cultures, one of the top ethnological museums in the world, the Film Museum with exhibits about the Lumière brothers and their ground-breaking inventions. Städel Museum is a staple destination for all the major European art geeks, housing big guns such as Monet, Picasso, and Rembrandt. Senckenberg Natural History Museum with its’ life-size dinosaur skeletons is a joy to experience for both adults and their children. But the Frankfurt Zoo might be a better choice if you’d rather watch animals that are still alive. Palmengarten is my personal favourite, even though it’s not strictly a museum, this botanical garden is an absolute joy to spend a day in during summer months. Lafleur, a Michelin starred restaurant, is located there. 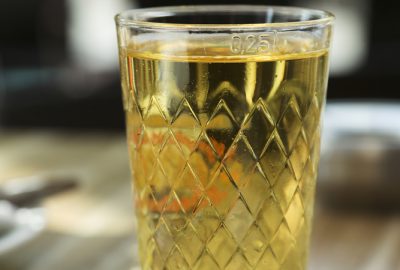 Frankfurt’s old town smells of Bratwurst and Apfelwein, which is the same as cider but without the fizz. What’s up with Germans and their obsession with Sauerkraut and all kinds of Wurst? Back in the days, curing and smoking meat was the best way to preserve food, especially in these climates where winters are harsh and fresh food hard to come by. Countries that had an easier access to the Baltic Sea preserved fish, while these guys had to focus on pork and whatever they could grow. Try some of those delicious goodies at Kleinmarkthalle, which isn’t as small as the name would suggest. Wienerschnitzel and the green sauce, a local specialty yogurt sauce with herbs, served with boiled potatoes and eggs, go fabulously with a pitcher of that apple wine. Berger Straße is where the locals and students hang around, people that can’t afford to party on the Zeil Street. Bahnhofsviertel, the old train station district is quickly becoming one of the hippest parts of Frankfurt, with new pubs, restaurants, and clubs opening every year. They even host the Bahnhorsviertelnacht annually on 8th of September, it’s a huge street party when the entire area is closed off from traffic and people can mess around till early morning hours.

I have two dear friends in Frankfurt am Main: a truly football-crazy couple. When they are not working they are eating, drinking or partying, usually everything at the same time. Visiting a football match of the local football club Eintracht Frankfurt with them is an overwhelming experience with an amazing atmosphere and a lot of booze and delicious German snacks. If you witnessed the fantastic ambiance at the Europa League semi-finals between Eintracht and Chelsea in spring 2019 you know what I mean. When my friends throw a party at home it never stops before 6.00 am and if I dare to check out earlier they are extremely disappointed and will even get mad at me. Recently they married and I have never witnessed so much food and drinks on a wedding party, which seemed to go on forever. Since the wedding cake was served only around midnight the party lasted until the early morning hours. It seems that the party sprit is rooted deep down in the hearts and minds of Frankfurt’s people.