Montréal is one of the oldest cities in North America. It's also the most French city outside of actual France. There's a fascinating contrast between the New York-like skyscrapers and old almost Parisian residential areas. You'll see what I mean when you visit Old Montréal. That district is one historic building on top of another and it's stunning. They even got their own Notre Dame, several actually. Notre-Dame Basilica was built in 1672 as a small church and grew over the years. In 1824 the congregation grew so large they couldn't fit into the building anymore. The administration commissioned a new building, which was finished in 1843. Interiors took a few dozen years longer to finish. What we see now was the final product. The best thing about this particular Notre-Dame is that it's not very Christian. I know it's a horrible thing to say but it would make an awesome nightclub. The stained glass is unusual, as is the eerie luminescence. The only person resting in its crypt is no saint. Not even a man of the cloth, but the architect James O'Donnell. Montréal has some more Notre-Dame sites. We seem to think of Notre-Dame as the iconic cathedral in Paris, but it just stands for "Our Lady". It all comes together when you learn that Montréal used to be called Ville-Marie (City of Mary).

The current name comes from Mount Royal, the hill overlooking the city. It's an important place for locals who love to spend their weekends among nature. This mountain is a real cultural and sports powerhouse throughout all four seasons. You can hike or enjoy the Beaver Lake on a rowboat during summer. Visit St. Joseph's Oratory, which contains the heart of Brother Andre the famous healer. Even the nearby Notre-Dame cemetery is stunning during summer. It was built with an image of Père Lachaise in mind but I don't see many similarities. But it's a great place for a walk nevertheless. Mount Royal gets even livelier during snowy winters. People trek using snowshoes, race around the skating rink and drink hot cocoa in charming cafés. More natural wonders await you in Montréal itself. They have an entire district dedicated to natural science with fascinating exhibitions. "Space for Life" is its name and it consists of the Biodome, Insectarium, Botanical Garden, and a Planetarium.

Montréal inherited a lot from its European founders. The city is famous for its culinary variety, quality and…prices. It gets pretty expensive but you'll struggle finding better restaurants in Canada. There are several districts inhabited by different nationalities.

Chinatown, Little Italy; the food is delicious wherever you go. You can only eat as much pizza and General Tso Chicken before you've had enough. "When in Rome do as the Romans do" and try some local stuff. Canadians are obsessed with freshly baked bagels. Why would you even ruin perfectly good dough by making a hole in it? Then you take that smoked salmon and awkwardly maneuver it around the hole. It's so weird. Bagels make me uncomfortable, but they're serious business in Montréal. So much so, that there's a decades-long rivalry between two bakeries. Fairmont and St. Viateur are the Bloods and Crips of the Canadian bagel scene. It's up to you to decide which ones are better: if you dare. Thankfully, you can get some proper sourdough bread at the famous Schwartz's Deli. The lines are ridiculously long but the smoked meat sandwich is worth the wait.

Montréal is also infamous for its party culture. During the day it's a family-friendly city with the occasional whiff of pot here and there. The nights are something else. This city is like Dr. Jekyll and Mr. Hyde. A giant campus city filled with frat kids. People come to Montréal to party and it's awesome if you're in the same mindset. Some people complain that it's unpleasant at night and that they don't feel safe. It's obviously subjective and depends where you're coming from. Loud, drunk college kids can get obnoxious and aren't something I'd like my kid to see. Montréal also has a homeless people issue. Not very apparent during the day but it's a different story after dark.

You are visiting from Finland 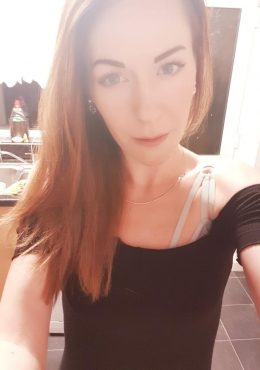