Kiev or Kyiv in Ukrainian language is an unbelievable and slightly overwhelming city. Kiev is filled to the brim with beautiful colorful orthodox churches and monasteries such as the Saint Sophia's Cathedral, the St. Andrew's Church, the St. Volodymyr's Cathedral and the St Michaels Golden Domed Cathedral. All these holy places that have significant importance in the Orthodox Church are tourist staples that highly contrast with the monumental Stalinist architecture. And omnipresent nowadays is modern capitalism that shoves advertisements down your throat at every step. Even your girlfriends' babushka will probably try to sell you something. But it's not all that bad, this flow of money allowed Kiev to develop into a vibrant, European capital that could easily rival the western ones in terms of culture, art, cuisine and most importantly: nightlife. Strolling along Kiev's city landmarks and dancing the night away makes hungry. When it comes to food you should definitely try the delicious Caucasian cuisine and visit one of the many Georgian and even Armenian restaurants spread over the city. Spicy Tartar dishes you will find in the Crimea oriented restaurants and one should not leave Kiev without having had his fair share of Ukrainian Borscht (beetroot soup) and Varenyky (filled dumplings). And of course this all should be served with a royal portion of smetana (sour cream). 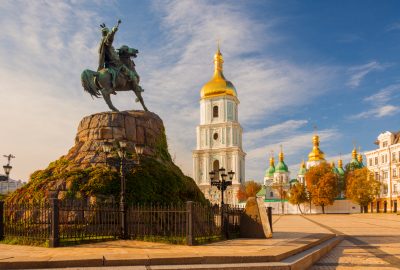 St. Sophia's Cathedral: the oldest standing church of Kyiv, built in 1037 by Prince Yaroslav the Wise, and meant to compete with the Hagia Sophia in Constantinople

Some of the most interesting sites in Kiev include the Pechersk Lavra (aka Caves Monastery) with charming mummies of dead monks, swarmed by perky babushkas kissing their feet just to lick some of that holiness off for themselves, is a necrophiliac's dream come true. Another place worth checking out is the Nezalezhnosti square (or Maydan) from which the Orange Revolution sparked, people talk about it like it's ancient history while for me it seems like it was just a few months ago, god, time flies. I think it's a pretty grim landmark, possibly more depressing than the mummified monk orgy and I'd personally opt for a night out, a couple of drinks, good food and a dab in Kiev's vibrant club scene. Talking about grim sights: another day trip is a visit of the area around the Chernobyl power plant. This deserted area around the ghost city Pripyat or Prypiat was impacted by the biggest nuclear accident in history that took place on 26 April 1986 when nuclear reactor nr. 4 of the plant went down. It is about one hour drive from Kiev and the trip is gaining popularity, especially now the mind-blowing HBO series about the Chernobyl disaster is such a hit.

The most sad and moving site in Kiev, which always leaves me completely speechless, is the Babi Yar ravine, where during the Second World War almost the entire Jewish population was massacred. Within only two days time close to 34,000 people were killed by the Nazis and local Ukrainian collaborators. To my humble opinion everyone should visit this place of remembrance. So that we should never forget one of the biggest crimes to humanity, especially in the turbulent times we are facing nowadays in Europe and elsewhere. 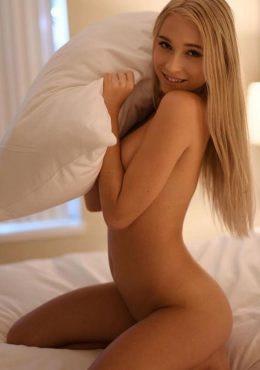